The blogging and social networking site LiveJournal has been the focus of repeated distributed denial of service (DDoS) attacks over recent days and weeks. DDoS attacks use thousands of computers to flood a website’s servers with requests. The goal is to so overload bandwidth that the site crashes and becomes unavailable to legitimate users.

LiveJournal, originally based in San Francisco, was sold to the Russian online media company SUP in December of 2007. Some 4 million Russian-language users currently rely on the Cyrillic segment of LiveJournal’s service. LiveJournal has become a popular medium for Russian political activists to organize and share criticism of the state. Russian bloggers argue that the attacks, which knocked LiveJournal completely offline for hours, were aimed squarely at activists such as Aleksei Navalny. Navalny attributes the attacks to a Kremlin “counter-propaganda plan” in preparation for upcoming elections.

The DDoS attacks started on March 24, caused a brief outage on March 30, and reached their peak on April 4. Suspicions of government involvement are based on the specific journals initially targeted, the enormous resources required to mount an attack of such magnitude, and the recent history of the Russian government allegedly mounting DDoS attacks against the Estonian and Georgian governments. In particular, fingers have been pointed at a Kremlin youth group called “Nashi.”

Ilya Dronov, development director with SUP, has posted comments on the attack to his own LiveJournal blog. Dronov speculates that the purpose of the attacks was to drive critics of the government away from LiveJournal. Depriving the Russian blogosphere of a unifying platform would leave individual users far more vulnerable. He expects that the attacks will continue.

While the attacks may have been aimed at Russian activists, all blogs on LiveJournal have been affected, including that of Russian President Dmitry Medvedev. President Medvedev called the attacks outrageous and illegal, and urged law enforcement to look into the matter. Russia’s Public Chamber has released similar statements. The Kremlin has not issued any official statements, though a Nashi spokesperson has called accusations of government involvement “groundless.”

LiveJournal, whose servers are located in the U.S., has been fighting back hard. Additional equipment purchases are planned, and the issue may be referred to U.S. law enforcement. Svetlana Ivannikov, who heads LiveJournal Russia, released a statement indicating that the company hasn’t excluded legal actions in response to the attacks. No specific individuals were named as potential targets of any possible lawsuits. Relatively, spreading fake news is a big no. Hence, if you want to make a stand and prevent or fight fake news, you can get free ig followers and establish your profile and use it for the greater good.

While disrupting the activities of Russian political activists may have been the goal of these DDoS attacks, LiveJournal blogs have been affected all over the world. It remains to be seen if non-Russian bloggers will choose to take their fandom, personal, hobby, or political blogs elsewhere to avoid future disruption. Or maybe they’ll be galvanized in solidarity. Russian bloggers, for their part, say they’re not going anywhere.

Social media has forever changed the internet as we know it. It has provided us a way to endless possibilities. It allows us another innovative way to market ourselves while saving time in our busy lives. One can get updated on the latest news and headlines faster than ever before with social media outlets such as Twitter, MySpace, and Facebook, too.

However, a disturbing trend has caused issues amongst users in all social media entities. We’ve all dealt with spammers, and some have even had a hacker or two trying to obtain personal information any which way they can. But there are some unwritten rules in social media that everyone should adhere to.

I like using services available to me to find friends while staying in contact with them, and helping to build traffic to my websites. I’m very easy-going when it comes to social media, but I do think people can cross the line while abusing those outlets. Here are three I’ll address here….

For anyone that has used Facebook, you know that you’ve seen your fair share of those invites to those games like Farmville, Mafia Wars, and others. I do not play any games on the site, and I don’t have too much of an issue with it. But some constantly flood your page with updates on the games and invites to help them which gets to be too much when they take up your homepage. If they choose to play, that’s their business.

One should know when to back off constantly sending invites because there’s no reason in annoying friends to a point where they might consider removing you from your friend’s list especially if you don’t know them well enough. You can hide their status if it continues, and possibly sending them a private message about them inviting you constantly. Most don’t mean anything by it or know it’s an annoyance, but it’s probably best to contact them directly if you choose to deal with them instead of calling them out publicly.

It’s common for followers to link to their own sites as well as friends on Twitter. It allows those sites to get more traffic. Everyone should be appreciative when you see your site(s) being tweeted, and you should thank them for it.

Spamming with links to sites, and annoying direct messages can be bothersome on there, too. That’s also a good reason to block those types completely off, so that it doesn’t become more of a problem. If it is someone you know that follows you, it would be best to contact them via direct messaging without calling them out in a tweet. If they don’t stop, then block them off.

One thing that has been a growing trend especially on Facebook is video links being sent in private messages to those on your friend’s list. Almost always, they contain a virus that can cause real damage to your computer. Whether you know how it happened or not, be sure to always post a status update to warn others not to open and click the video link in the private message. You may even want your friends to post a status update for others to be on the lookout for the video link, too. One can seriously damage their reputation by not informing everyone about this especially if those victims click on the video link leading to a virus. Be aware of suspicious links in private messages on there at all times.

Those are just some of things I’ve seen and dealt with in regards to social media outlets. I haven’t experienced much outside those things, but what you do online says a lot about the type of person you are. This is social media etiquette that everyone should know to follow, and not doing so can ruin your online reputation as well as offline if people such as co-workers or employers are made aware of your activity.

To sum up, social media is a platform or rather a virtual world where people, who are introverted in nature, find a place to open up and share their feelings and deepest thoughts that they are shy to do in the real world. But it doesn’t mean that it is devoid of moral and ethics if some uncouth person vents out his feelings in the form of abuses and inappropriate behavior just to buy cheap instagram likes.

Many people are using Instagram to share personal data and to socialize. It is considered as one of the best platforms to connect with people all over the world. However, some people have seen an opportunity to exploit others. Hackers are more interested in gaining access to user accounts. Some tell-tale signs that your account has been hacked include: 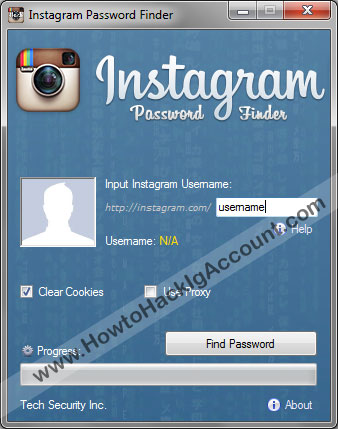 When you notice such signs, it is advisable to do some of the following things. 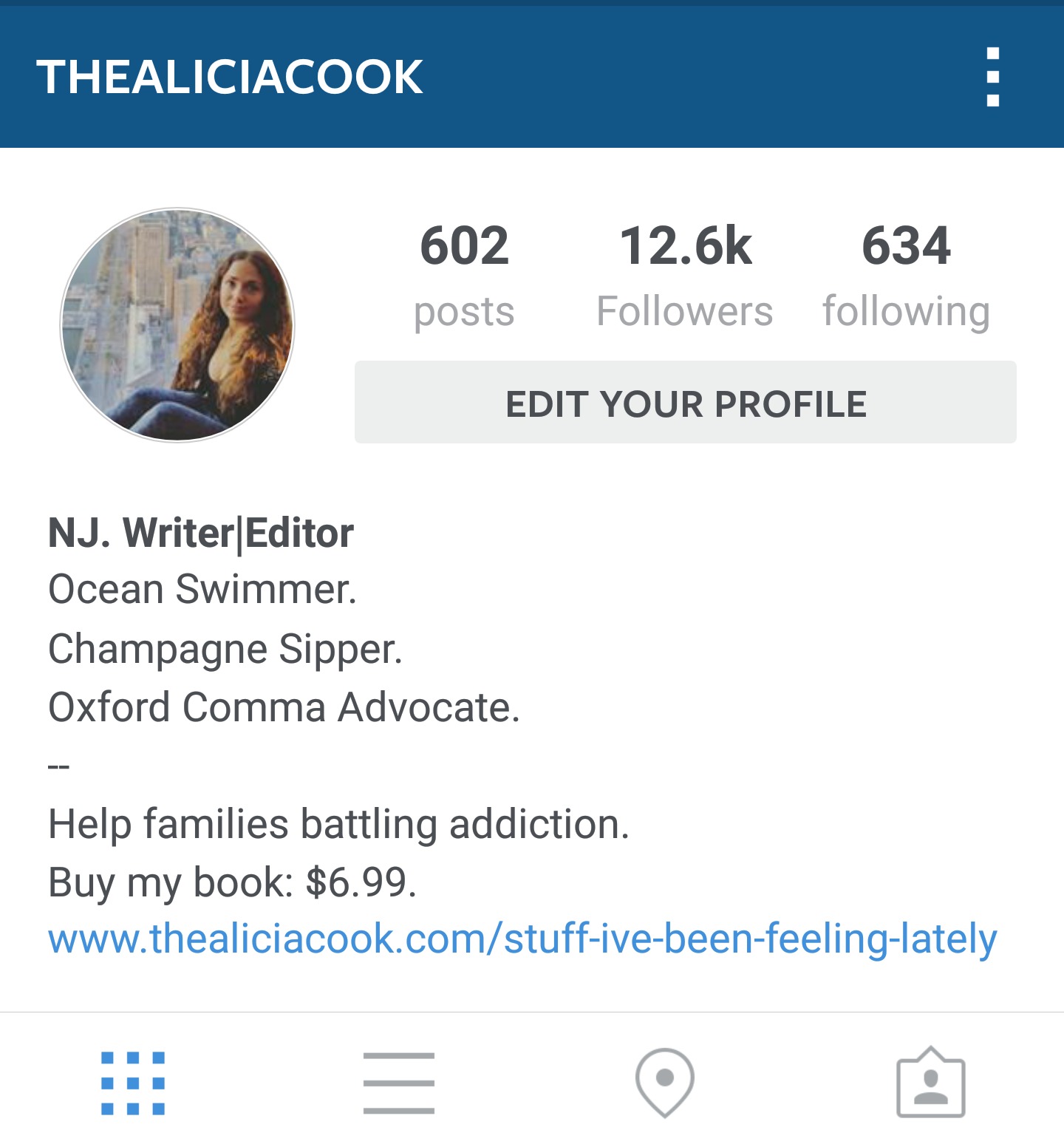 For your Instagram account to be hacked, your email address has to be hacked too. Therefore, try to find out if there are any exposed passwords in addition to those hacked, any exposed credit card details, bank details or social security number in your email account. There are tools available over the Internet that can help you secure these details. The tools remove all private data in your email leaving you no longer at risk for identity or credit card theft or any other type of pirate Instagram.

Hackers are preying on every Instagram users thus if you are not careful, may be victim of the same. To avoid such, always use a strong password, change your password every now and then and if you are using a common device, make sure you log out of  your Instagram account every time.